Did you know that Singapore is called the ‘Garden City’? Or that the time zone in Singapore has been changed six times over the past century? Singapore, one of the smallest countries in the world, is a beautiful and fascinating city-state that consists of the main island along with about 60 smaller islands. Singapore became an independent state in 1965 and has grown into one of the most developed economies in the world, ranking high in various social indicators such as education, healthcare, housing, homeownership, safety, life expectancy and more.

Are you interested in learning more about this city? Here are some of the most interesting facts about Singapore!

English, Mandarin, Malay and Tamil are all recognised as official languages in Singapore, each with a unique function. English, which is primarily used for business and administration, is often the main instructional language in schools. Mandarin is also encouraged in school education since it is so widely spoken across Asia, while Malay is regarded as Singapore’s national language. Almost 30 Singlish (a variety of English spoken in Singapore) words have officially been recorded in the Oxford English Dictionary!

Singapore has been transformed into a garden city

In 1967, Singapore’s government implemented a vision to transform the city into a blossoming green space to restore the environment and counter the decline in naturally occurring fauna and flora. Today, this vision can be seen throughout Singapore. Large areas of the city have been turned into parks and nature reserves to increase the quality of life for Singapore’s residents. The Singapore Botanic Gardens is a must-visit destination that made history as Singapore’s first UNESCO World Heritage Site, while the Bukit Timah Nature Reserve contains more tree species than all of North America!

Singapore is one of Asia’s most visited cities

Singapore is a popular tourist attraction and receives millions of visitors each year. In 2019, Singapore attracted more than 19 million international tourists! With its lively arts and culture scene, diverse food culture and incredible outdoor sceneries, it comes as no surprise that Singapore is the second most visited city in the Asia-Pacific and the fifth most visited city in the world.

Singapore’s famous retail hub and nature-themed airport, Jewel Changi, is not only voted the world’s best airport but is also home to the Rain Vortex, the tallest indoor waterfall in the world. This impressive feature stands tall at 40 metres and is surrounded by a magnificent indoor terraced forest garden. Visitors to Jewel Changi can enjoy the stunning Rain Vortex light and sound show that takes place hourly each evening.

The ‘lion city’ was actually named after a tiger

The name ‘Singapore’ is derived from ‘Singapura’, which means ‘lion city’ and was given to the city by a Sumatran prince who saw an animal on the island that he believed to be a lion. However, since lions are not native to Singapore, it is most likely that he saw a tiger. The symbol of the lion can still be seen in Merlion, Singapore’s famous mythical creature with the head of a lion and the body of a fish. The fish body is a representation of Singapore’s traditional fishing history. Various Merlion statues can be visited throughout the city.

Singapore is known for its hawker centres

Foodies visiting Singapore will love the city’s generous selection of hawker centres! At these food centres, a myriad of food stalls gathers to sell delicious, fresh food from a range of local and other Asian cuisines. The Complex Food Centre located in Chinatown is the city’s largest hawker centre with far over 200 different food stalls.

Do you want to experience life in Singapore? gnômadic is a premium coliving collective in Singapore that provides residents with spacious and modern sanctuaries along with carefully curated lifestyle events to inspire personal growth and community connections.

Contact us today to book a tour of your new coliving home in Singapore! 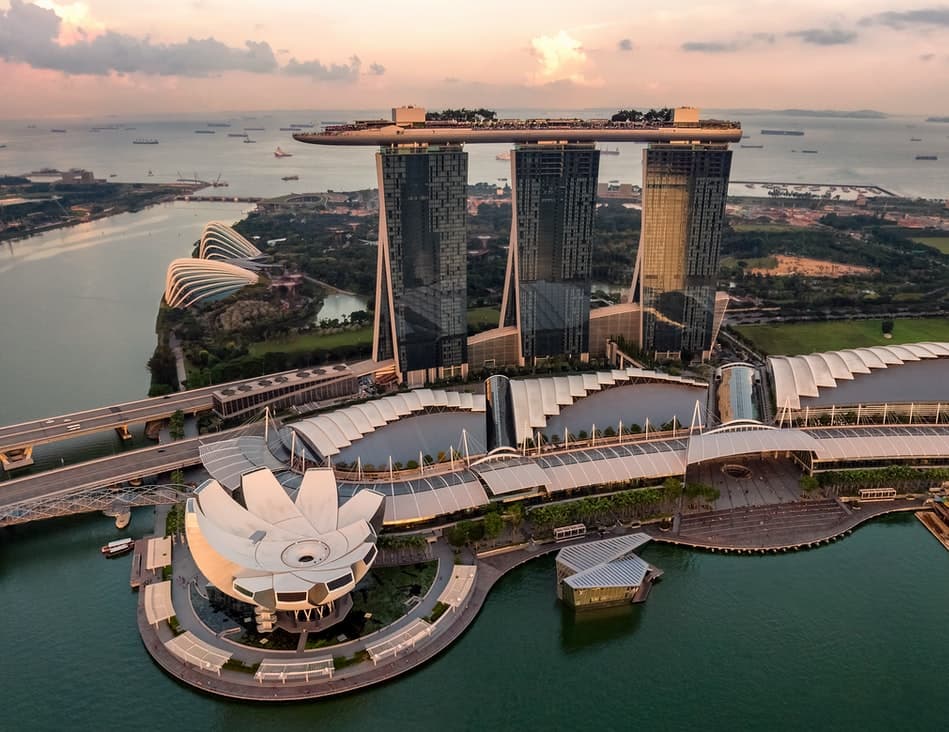